Christian Dawid, Berlin-based klezmer clarinet player, was interviewed by Christa Whitney on August 23, 2011 at KlezKanada in the Laurentian Mountains of Canada. Christian is a musician who grew up in Bremen, Germany. His mother was born in 1942 in Eastern Prussia, and was educated to become a teacher, but later became a sculpterist. His father, born in 1937 in Bremen, Germany, was a Protestant pastor. Growing up Christian was not exposed to Jewish culture, as he explains that Bremen had a very small Jewish population, and an even smaller display of Jewish public life. His only knowledge of Jewish culture came from his father's interest in religion. This interview, taken at Klezkanada 2011, reviews Christian's musical training, his relationship to klezmer music and folk music more generally, and begins to unpack his experience performing klezmer music as a non-Jew. Christian spent the first thirty years of his life in Bremen where he studied music. After many private clarinet lessons and numerous performances in choirs and orchestras, Christian spent five years in the Bremen conservatory. When Christian left conservatory, he decided to pursue musical opportunities outside of the orchestral scene. At this time, Klezmer began to enter the 1990s German cultural consciousness. With the Klezmatics, Giora Feidman's solo albums, the Klezmer conservatory band, and Klezmorim as guides, Christian began writing what he thought was klezmer music. In 1995, at a klezmer workshop in Germany, Christian revised his technique and understanding of klezmer, learning some Yiddish along the way. Christian has performed and taught at many klezmer camps and festivals around the world, and finds that in the tight knit community of Yiddishland he is continually learning more about his interest in klezmer music and the traditions embedded within the folk music. During the middle section of the interview, Christian details his current projects which include work with a Ukranian brass band, projects with American trumpeter Paul Brody, a new project entitled "Bluer than Blue," and an attempt to record 89 year old Ukrainian singer Arkady Gendler. The last thirty minutes of the interview focuses on Christian's personal musings on his involvement in Yiddishland, klezmer music, and inevitably, the Jewish community given his non-Jewish background. Christian grounds this conversation in his role as a musician. He explains that many musicians have always been transnational, identifying with different rhythms and scales regardless of their nationality or ethnicity. Christian consistently remarks on his interest in people, the older generation, and the connections made between peoples. Chsitian connects this interest to klezmer's ability to both look back and recreate traditional sounds from a time when the music was more firmly rooted to land while looking forward to new intonations and stylings that emerge from the current moment of klezmer musicians and audiences alike.

Christian Dawid was born in Bremen, Germany in 1968. 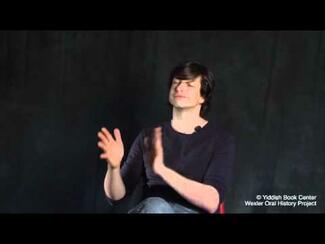 Klezmer Music is Both Close and Far 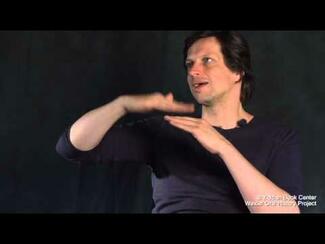 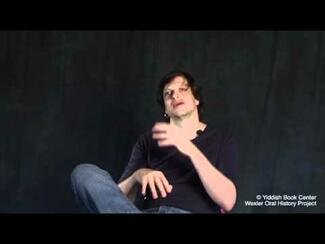 Being a Non-Jew in the Klezmer World 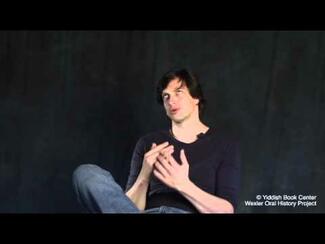 "I'm the only one without a grandmother on stage" 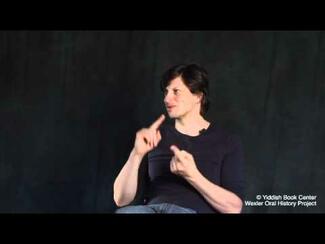 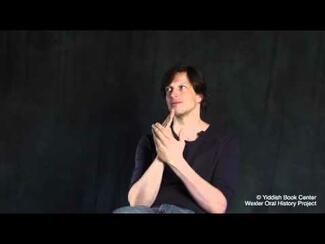 "Can you teach me how to sound more Jewish?" 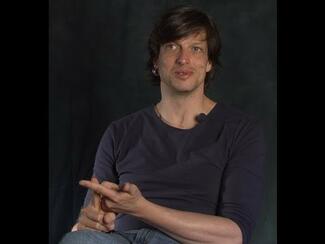 "Tradition is what we create right now" 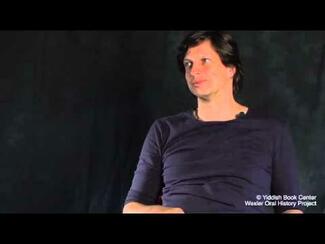 The Roughness of Yiddish 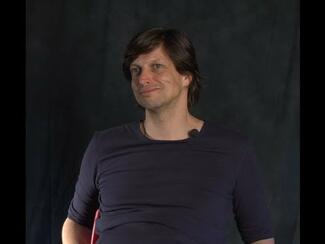 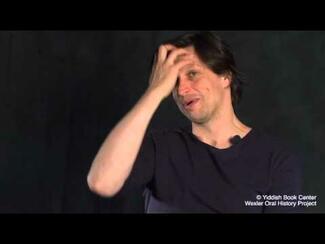 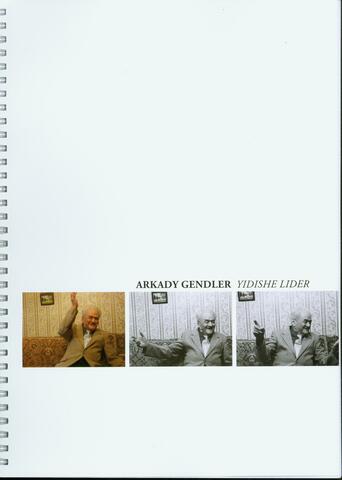 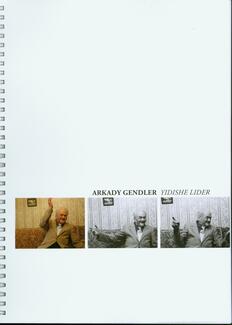