Hilary Salk, activist and author, was interviewed by Jayne Pearl on October 10, 2011 at the Yiddish Book Center in Amherst, Massachusetts. Hilary was born in 1942, just days after her maternal grandfather died. Because her father Aaron Peter Ross, a career army man, was stationed in the South when Hilary's mother, Ruth Berger Ross, was pregnant, they decided she would return to her family in Pawtucket, Rhode Island so that Ruth's two sisters, Edith and Sylvia, and mother could provide support for Ruth and Hilary. Hilary recalls spending most of her childhood moving around the world because of her father's army career and yearning for that warm home, surrounded by her loving, Yiddish-speaking family. Hilary's father, Pete, wanted to leave behind her Jewish background. Pete's own father was a very religious Jew who didn't know how to make it in America. Pete, brought up in New Haven, was embarrassed by his father and was driven to assimilate. He attended Yale University, where there were few Jews. He had rid himself of any trace of his Yiddish accent and mannerisms, and he wanted to make sure Hilary had no Jewish mannerisms either. He changed his name from Rozovsky to Ross. The one grandparent that had the most influence on Hilary was the grandfather she never knew, Hyman Berger. She believes her aunties and grandmother and mother would take her, as an infant, up to a large portrait of him over the mantelpiece and tell her all about him. After the war, in 1949, Hilary's family moved to a tiny town called Oberammergau, Germany – the home of the famous anti-Semitic Passion Play, which was put on every 10 years for 300 years. Hilary explains how the townspeople spent years grooming for the various parts and how the city was consumed with the build-up to the play. Without realizing its anti-Semitism, Hilary's parents took her to see the eight-hour production, but she hated it and asked to be taken home. Hilary talks about living in Augusta, Georgia, where she met her first Jewish friend, Ilene Ginsberg, during 7th grade. Ilene encouraged Hilary to attend Sunday school with her at the Orthodox synagogue. This was her first experience as part of a formal Jewish community. Hilary was thrilled to move back to that family home in Pawtucket to attend Brown University. She later married Steven Salk and they had two children. They lived in Bedford, Massachusetts, where Hilary taught childbirth classes and became actively involved with the Boston Women's Health Collective (which created the Our Bodies, Ourselves series of books, one early edition to which Hilary contributed). There, she developed her passion for feminism and devotion to social activism. When the children were 7 and 4, they moved back to Providence. Hilary continued her involvement with feminism and activist causes: she started the Rhode Island Women's Health Collective. She was also involved with Women for a Non-Nuclear Future. In 1982 she was asked to run for governor of the state on the Citizen's Party platform. Hilary gave her children the kind of Jewish education she had longed for through Friday School, a parent-run program housed at Brown Hillel. Hilary's sense of Judaism stemmed from her grandparents. She is working to transmit this same sense of Jewish identity and pride in her five biracial granddaughters. Hilary describes taking her oldest granddaughter to Friday school when she was young.

Hilary Salk was born in Providence, Rhode Island in 1942. 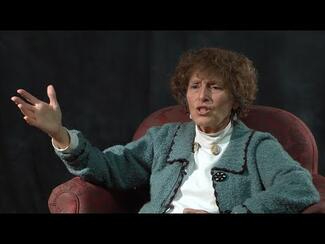 My Father Learned How to be American at Yale 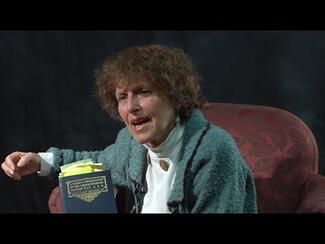 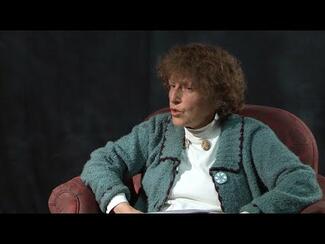 Longing for a Jewish Friend: Growing Up as a Jewish-American Girl Among American Soldiers Stationed in Germany in the 1950s 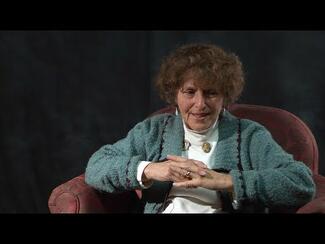 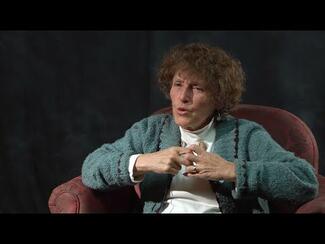 Running for Governor of Rhode Island on the Citizen's Party Ticket