Alice Ahart, a retired speech language pathologist, was interviewed by Allie Brudney on November 17, 2011 at the Yiddish Book Center in Amherst, Massachusetts. Alice Ahart grew up in Windsor, Ontario, right across the border from Detroit, where her mother's extended family lived. Having left Europe after the borders to the United States were closed to Eastern European immigration, her parents settled in Canada and waited to be allowed into the goldene medine (the "Golden Land"). Alice begins the interview by describing her childhood in Windsor. She explains that her family was poor, but that education was highly prized, and recalls often hearing Yiddish as a child at community gatherings. Alice describes the food of her childhood in detail. She discusses the latkes her mother made on Chanukah, the chopped liver and chicken soup the family often had on Shabbos, and the selling of khometz (leavened foods that are forbidden during Passover) before the holiday started. She remembers the sponge cake her mother baked every day of Passover because she and her sister would eat an entire sponge cake each day. She also recalls the live carp that her mother would keep in the bathtub on Fridays because her father refused to eat any fish he had not seen alive. Alice also discusses her elementary school and childhood friends, explaining that she lived on a block with Jewish and Catholic families, but that her school was primarily Jewish and Protestant. The I.L. Peretz School she attended after elementary school five days a week (Mondays through Thursdays and Sunday mornings) was a pivotal part of Alice's childhood and where she became excited about Yiddish. She remembers learning Yiddish songs – and sings one about hamentaschen (triangular cookies made for the holiday of Purim) in the interview – and also recalls Yiddish plays that the school put on. She explains that the Peretz School was a huge influence in her life, bequeathing her with a life-long love of Yiddish language and culture, as well as a political view that stresses social justice. In the early summer of 1946, Alice and her family moved from Ontario across the river to Detroit, Michigan. Detroit, Alice explains, was a shock to her. Having grown up in the safe environment of Windsor, Detroit seemed like a big city where the children were much more sophisticated. The transition to America was not easy for the family, especially as they had no place to live when they first arrived, splitting up and staying with various family members. As an adult, Alice has been very involved with various Jewish communities. While living in Illinois she became a Bat Mitzvah, participating in an adult B'nai Mitzvah class. For Alice, becoming a Bat Mitzvah was her declaration as a Jew. Alice explains that she has been active in synagogues for much of her adult life. When she moved to Tennessee, she was amazed to find an incredibly lively Jewish community. She now is on the board of the Judaica Museum and also volunteers as a docent there. Furthermore, she works with the floral foundation and the Mother Bear Project, knitting bears for children with AIDS in Africa. Throughout her life, Alice explains, Yiddish has been central to her identity. She recalls the Yiddish movies and plays she saw as a child, as well as listening to her father read out loud the "Bintel Brief" column from The Forward newspaper on Sunday afternoons. Although Alice (and both of her daughters) married non-Jews, Judaism remains a key part of her identity, and, Alice believes, of her daughters' identities. She has celebrated Jewish holidays with her family throughout her adult life, and her daughters continue to do the same. Alice ends the interview by stating that Yiddish is not a dead or dying language, and remarks that the Yiddish Book Center is "resuscitating" the language. She believes that Yiddish is in a revival period, explaining that there has even been a Yiddish reading group in Memphis, Tennessee. She then encourages everyone to join the Yiddish Book Center and advises the next generation to learn about the art, culture, and heritage of Yiddish.

Alice Ahart was born in Windsor, Ontario, Canada in 1932. 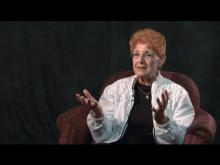 A Sunday Afternoon with Forverts 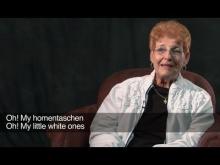 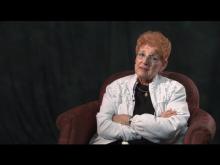 Bat Mitzvah as an Adult 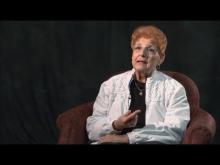 Getting to "Di Goldene Medine" (The Golden Land) 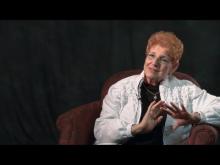 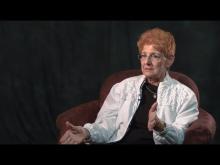 "The Country Mouse Going to the City" 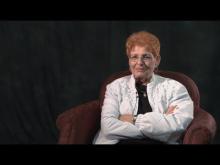 The Resuscitation of Yiddish 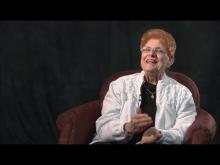 A Tip-Toe Recipe for Sponge Cake 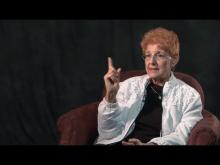 Sitting Below in the Synagogue 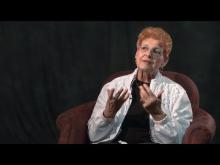 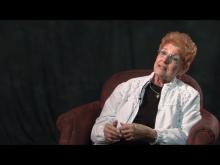 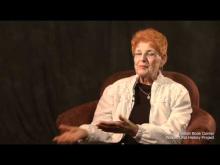 A Carp in the Bathtub 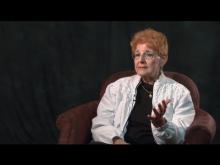