Helen Kurzban, Brooklyn-born native Yiddish speaker and former administrator in the New York City public schools, was interviewed on March 12, 2013 by Mark Gerstein in Boca Raton, Florida. Helen shared memories of her parents' immigration to the United States. Helen's parents both came from Brest-Litovsk in Russia. Helen's grandfather immigrated first to the U.S. and it was not until 1920 that he was able to bring the rest of his immediate family over to the U.S. Helen's mother was sixteen at the time and within two weeks she had a job in the garment industry and was enrolled in night school. Helen's father's journey to the U.S. was more problematic. Trying to escape conscription into the Polish Army, he and his brother first immigrated to South America. Eventually though, Helen's father, feeling despondent about living in a country where he felt like an outsider, managed to acquire a false identity and illegally entered the U.S. Her father, though, left his parents and siblings back in Europe. He wanted to bring them over before World War II, but Helen's grandfather declined. Helen describes how the Nazis massacred the family and 25,000 other Jews of Brest-Litovsk in 1942. Helen grew up in the Williamsburg section of Brooklyn, where her mother kept a kosher home. Helen's first language was Yiddish and she remembers being reprimanded by her kindergarten teacher that in America one only speaks English. Her father was a socialist and an ardent supporter of Franklin Roosevelt. During the 1930s, her mother went back to work in the garment industry and became a charter member of the International Ladies' Garment Workers' Union (ILGWU). Helen remembers than when she was very young her father's union was on strike and she joined him on the picket line. From that time on, unionism became a part of who she was. Helen describes her neighborhood in Williamsburg where going to school and getting a good education were the chief values of all the families. Helen remembers listening to Yiddish radio. Helen describes the various Yiddish newspapers and recalls how her father liked to read the classifieds that advertised daughters for marriage. Helen also shares with us memories of Yiddish theatre. Helen relates her first real confrontation with bigotry when her family moved to Washington, D.C. during World War II. As she disembarked from the train, the first thing that struck her was the sign that designated separate bathrooms for White and Black. In school, some students were ready to beat her up because she was a Jew. Helen's father would always read to her and this had a lasting impact on Helen. Years later, after her retirement from teaching, she taught a course on the works of Sholem Aleichem as well as courses in Jewish humor and conversational Yiddish. She describes these courses in detail. Encouraged by a high school teacher at a time when most girls did not seek a higher education, Helen went on to college. Helen recalls how she and her husband were members of the International Workers' Order (IWO), a socialist organization, and she comments on the advanced health plan that it offered. But given the realities of McCarthyism, Helen and her husband dropped their membership and the IWO soon ceased to exist. Helen comments on what Yiddish means to her today. And she concludes by stating the values that she feels important to transmit to future generations: education, family, of helping one another, tsdoke (charity). 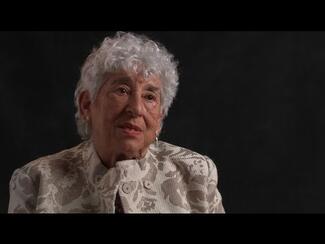 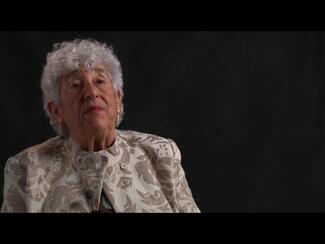 Fate of Family Members Who Remained in Europe 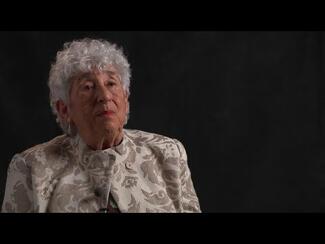 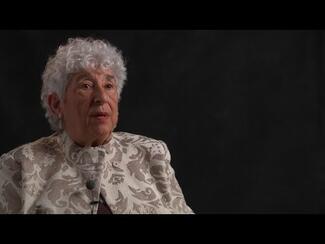 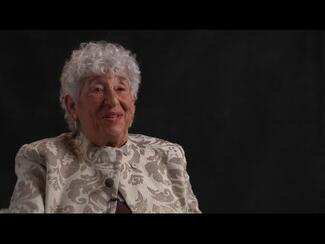 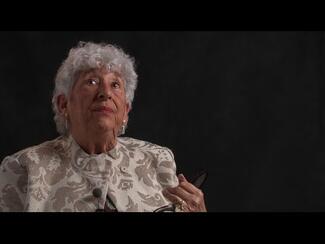 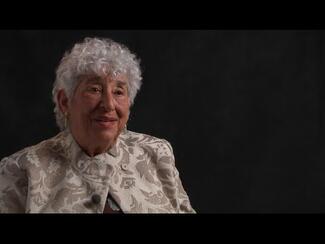 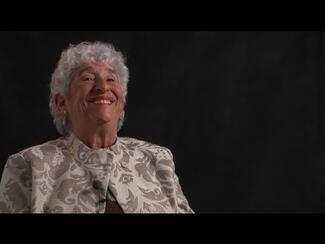 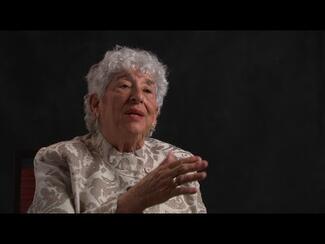 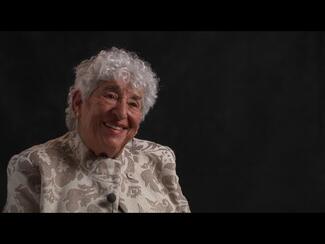 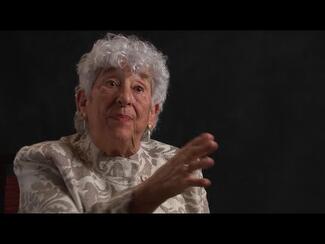 Healthcare in the International Worker's Order 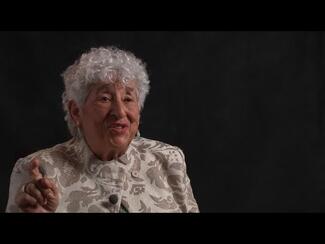 Consequences of Using Yiddish in a German Class 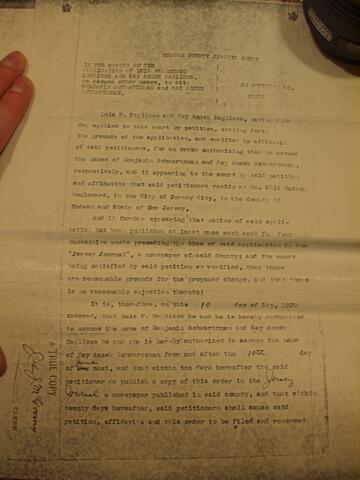 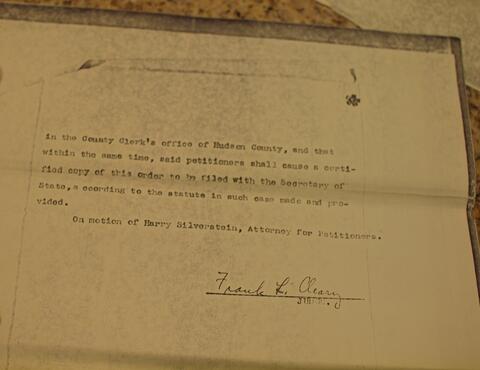 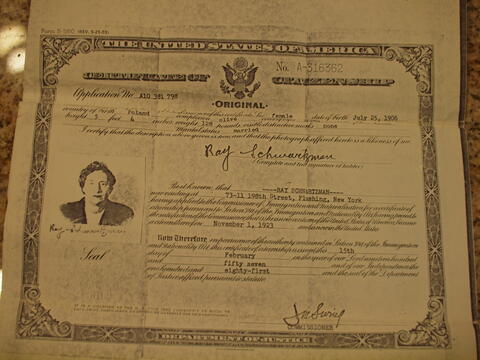 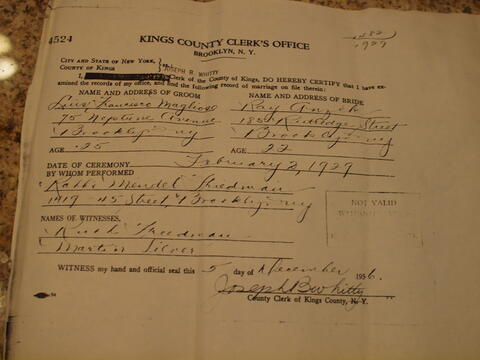 Helen Kurzban Document- Parent's Wedding License
The wedding license of Helen Kurzban's parents, signed with their names before they got them changed, validating their marriage from 1929 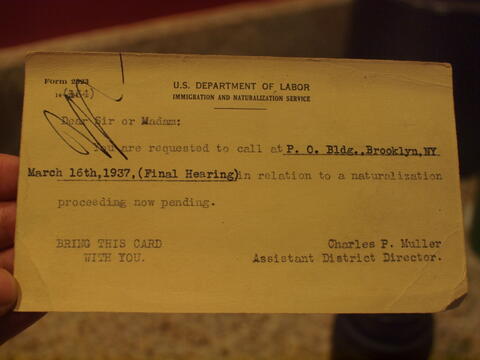 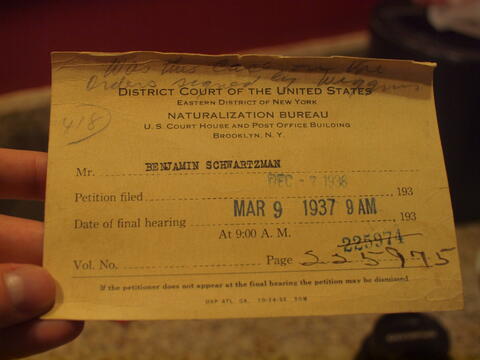 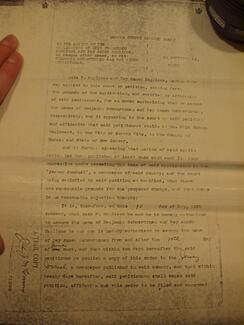 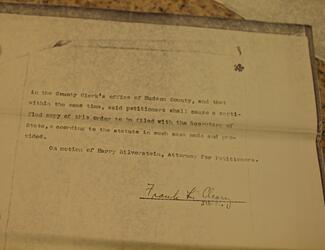 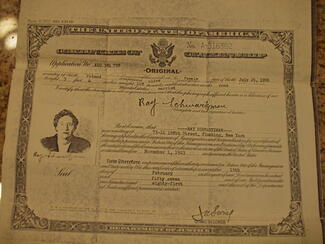 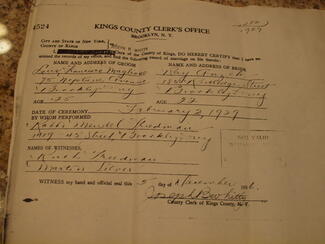 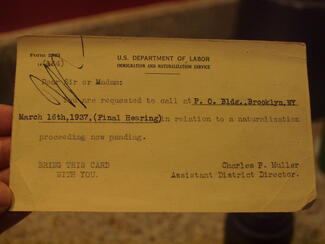 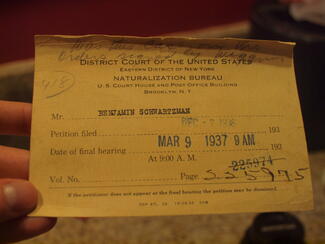