Arleene Migdal Kane was interviewed by Isaac D. Moore on March 26, 2015 at the Yiddish Book Center in Amherst, Massachusetts. Arleene's father, Sol Migdal, grew up in a Polish town near Treblinka. He came to America at age fourteen; many of his siblings who stayed behind were murdered by the Nazis. Arleene's Orthodox grandparents never learned English and never talked about their life in Poland or subsequent events. An Italian friend of Sol's introduced him to opera, which became an important part of his life. He trained as a butcher and worked in a slaughterhouse. He rejected religion and identified as a left-wing atheist and strong union man. An extrovert, he made friends easily and loved to sing, whistle and tell jokes. He looked down on the shund [deemed to be of inferior quality] variety of Yiddish theater and attended the opera instead. After performing in his father's nursing home in Queens, Sol was offered several small parts with the National Yiddish Theater Folksbiene. Arleene's parents ended up putting on shows in their retirement community in Long Island. Arleene talks about her visit to each of her parents' hometowns and describes one uncomfortable anti-Semitic encounter. She did not go to Treblinka but found seeing the sign to the town very upsetting. Arleene's parents met on a blind date arranged by a mutual friend who knew that both loved opera. She grew up surrounded by relatives in Brooklyn until her mother and grandmother quarreled and they moved to Queens. She is sorry that she never picked up much Yiddish at home, but loved attending shule and Yiddishist camps, including Kinderland, Boiberik and Hoffnung. Arleene ended up being the piano accompanist at two of the camps. Finally, Arleene describes her life as a wife and mother. Her family lived all over the world, following her husband's career; she occasionally got jobs playing or teaching piano. Looking back, although her family was not religious, she grew up surrounded by Yiddishkayt and feels that Yiddish culture had a lot to do with who she is today. She tells a funny story about her mother shopping at a market in Singapore for the right kind of fish for gefilte fish. Arleene feels that Yiddish is a beautiful and very rich language in which you can laugh or cry. She ends by saying that in fact she identifies as a Jew first and as an American second. 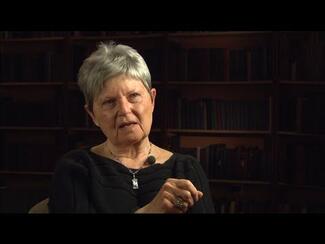 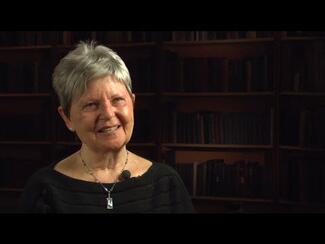 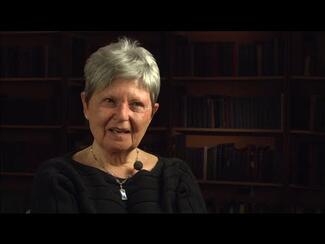