Gabriela (Gabi) von Seltmann, Polish artist who explores issues of identity and memory, was interviewed by Agnieszka Ilwicka on December 10, 2015 in Warsaw, Poland. Gabi's mother was from a Polish upper class Catholic and Protestant family originally from Belgium; her father ran a school in Ukraine for the Hutsul people and was murdered in Auschwitz. Her father's mother was Jewish but was baptized and raised Catholic. Gabi and her husband Uwe met nine years before the interview at the Jewish Culture Festival in Krakow. They became interested in each other right away. Gabi is fascinated with how families process memories and choose not to transmit them to their children – something that happened in her family and her husband's. This is true especially in families with traumatic pasts where certain topics are considered taboo. Often there is one relative who starts asking questions – both Gabi and Uwe played this role. Uwe's grandfather was in the SS and committed suicide after the war. Uwe wrote a book about their family histories, published in German and Polish. Gabi was born during the 70's which was not a good time for Jews in Poland, but she was not aware that she was Jewish. She recalls now that her grandmother made challah for Christian holidays and did not mix milk and meat, but this was never explained. Gabi first learned that her father was Jewish when a neighbor called him a "Zyd" [Jew], but most of the family's history had been erased and it was difficult to get straight answers from relatives. Gabi explores how she became an artist and speaker of many languages growing up in a repressive and xenophobic Communist country. Poland started to change in the 80's and since Gabi's mother was a French teacher, they spent time in Paris and welcomed many foreigners into their home. Gabi describes her school curricula; there was no mention of Jewish history, even though neighborhoods nearby had been more than half Jewish before the war. In her own family, names were changed and identities erased. Gabi's grandmother, for instance, identified as a Pole and once started weeping when Gabi asked her if she might be Jewish. Since the 90's, Gabi has lived in cities in France, Poland, and Germany and has spent time in Ukraine. She can understand Yiddish since the grammatical structure is like Polish, but she needs to practice speaking. Most of her expertise came from making a documentary with Uwe in Yiddish about Boris Dorfman, the first German-Polish collaboration in this language since before the war. Gabi is also working on a project about Zuzanna Ginczanka, an extraordinary Polish-Jewish poet who was murdered by the Nazis in 1944. Her poetry has been put to modern music and will be presented as a concert with video images in the background. Gabi reads one of her poems and feels that it also relates to the search for identity. Gabi and Uwe are also working on a documentary about Mordkhe Gebertig, Yiddish poet and songwriter from Krakow. They have recorded forty singers and musicians who have performed songs from his poems and are about to travel to Berlin to record there. Gabi marvels about how many Jewish artists are now living in Berlin and creating a vibrant culture there. Gabi feels that to live in Poland today is to say that Hitler did not ultimately triumph in his quest to destroy Jews. Yiddish and Jewish things are becoming "trendy" which she has mixed feelings about. However, building understanding, love, and hope are the most important. She believes that Yiddish has continued or is being learned anew in pockets around the world and that people are learning the language with love in their hearts. 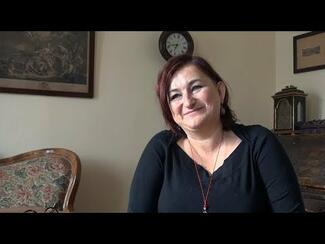 Meeting Husband Uwe and Beginning to Uncover Her Past 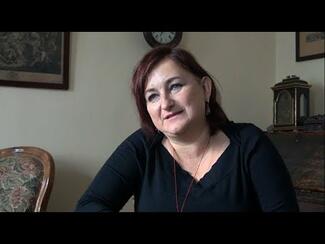 The First Hints of My Family's Jewish Background 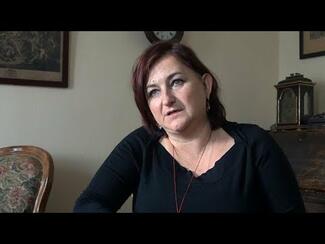 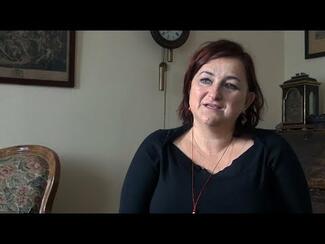 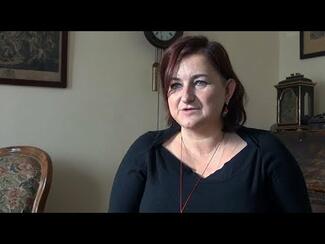 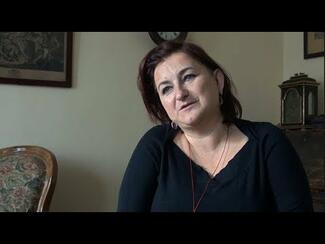 The Healing Power of Welcoming Jews Into Their Families' Former Homes 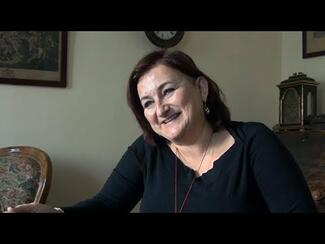 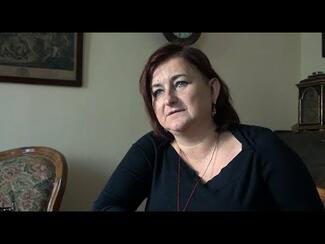 Visiting Auschwitz and Using It As a Lesson for the Future 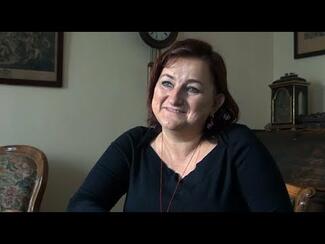 The Future of Yiddish in Poland 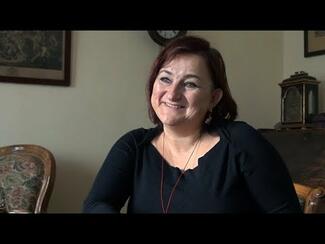 Advice to Younger Generations and Yiddish as the Language of Love

Explore all 1055 interviews
Since 2010, the Yiddish Book Center’s Wexler Oral History Project has recorded more than 500 in-depth video interviews that provide a deeper understanding of the Jewish experience and the legacy and changing nature of Yiddish language and culture.