“Yederer makht Shabes far zikh—everyone makes the Sabbath by himself.” This sentiment was true of Yiddish magazines: nearly every literary or political group, no matter how small, published a Yiddish periodical of its own.

In 1862, Alexander Tsederboym reluctantly introduced Kol mevaser (The Voice of the Messenger) as a supplement to his highbrow Hebrew journal. Two years later Mendele Moykher Sforim (S. Y. Abramovitsh), the zeyde or grandfather of Yiddish literature, published his first Yiddish story there. Sholem Aleichem squandered much of his inheritance on his own Yiddish magazine, for which he wrote much of the content. I. L. Peretz named each issue of his Yontef bletlekh (Holiday Leaves) after a different Jewish holiday, thereby circumventing a tsarist ban on Yiddish serials.

By the early twentieth century Jewish political ferment was running high, Yiddish literature was thriving, and Yiddish periodicals were appearing everywhere. In Warsaw, the young Isaac Bashevis Singer contributed to Literarishe bleter (Literary Leaves), the Yiddish equivalent of The New York Review of Books, before co-founding Globus, his own Yiddish journal.

In Berlin, émigré Soviet Yiddish writers produced the richly illustrated Milgroym (Pomegranate). Many contributors, including Dovid Bergelson, Leib Kvitko, and Der Nister, eventually returned to the Soviet Union, where they were killed by the Stalinist regime.

Bergelson's Philosophic Pessimism and His Return to the Soviet Union

Professor Ruth Wisse considers Bergelson’s move to the Soviet Union in 1933, reflecting on his belief that “the only place where a Yiddish writer can be championed, lionized . . . can be sustained by the surrounding culture is in the Soviet Union.”

In America, the titles of Yiddish periodicals reflected the aspirations of the often contentious groups who published them: On the Threshold, At the Crossroads, The Jewish Fighter, The Hammer, The New World, and The Future.

All told, more than 3,000 separate Yiddish periodicals were created, most of which have yet to be catalogued, indexed, or translated into English. 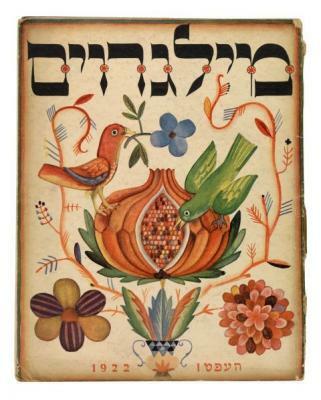 Description:
Berlin, 1922. Milgroym, meaning pomegranate, was a Yiddish magazine of art and letters. 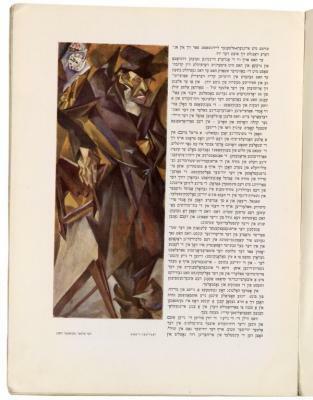 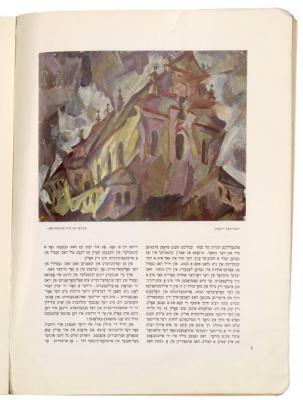 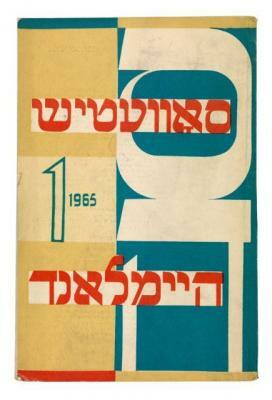 Description:
Moscow, 1965. From 1961 to 1991, Sovietish heymland (Soviet Homeland), a state-supported journal, combined anti-Israel sentiment and pro-Soviet propaganda with important literary contributions by Soviet Yiddish writers who could not publish elsewhere. 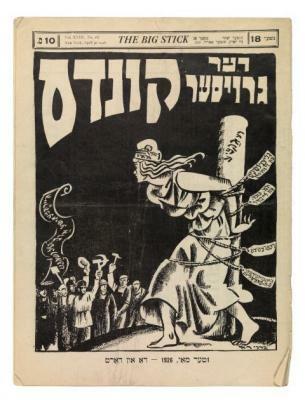 Description:
From 1909 to 1927, this irreverent humor magazine skewered the mainstream Yiddish press and most of the prominent politicians of the day. The cartoon on the cover shows “The First of May” (the international workers’ holiday) tied up by forces of reaction and the resistance of the mainstream labor movement in America, while workers in Europe already celebrate it.

More on Yiddish publishing history from our collections

"Adventures of a Bad Researcher: The Mysteries of the Last Yiddish Linotype"—The Yiddish Linotype at the Yiddish Book Center, once belonging to the Forverts newspaper, begs all kinds of questions about its past.