Justin Cammy, assistant professor of Jewish Studies and Comparative Literature at Smith College, was interviewed by David Schlitt on December 15, 2010 at the Yiddish Book Center in Amherst, Massachusetts. The interview began with Cammy describing his childhood in Ottawa and his family background. He attended public school and had Jewish supplemental education (Ottawa Modern Jewish School, at which his father was the principal). He was involved in BBYO and attended the B'nai Brith camp for over a decade. Cammy also discussed his connections to Israel, and his embrace of a polyglot identity – a rejection of the "language wars." Cammy discussed his involvement in the Jewish education of his children, and his and his wife's (Prof. Rachel Rubenstein) decision to give their children "ethnically marked" names and to send them to Jewish Day School. Cammy described his transition from a student of political science to a student of Yiddish literature and Jewish cultural history. He emphasized that Ruth Wisse was a crucial mentor in his development. He explained his decision to study the Yiddish literary group "Yung Vilne" as a graduate student and after, as well as the importance of disabusing students of the notion that Yiddish culture is necessarily a haven for nostalgia. The last section of the interview dealt with Cammy's views on Yiddish inside and outside the Academy. He offered advice for prospective Yiddish Studies scholars, and urged a movement toward translation of Yiddish literature.

Justin Cammy was born in Ottawa, Ontario, Canada in 1970. 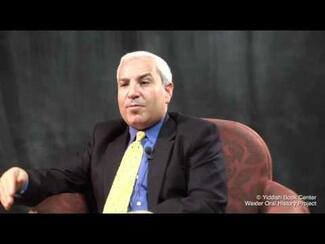 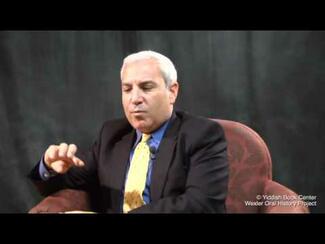 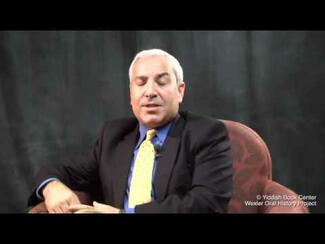 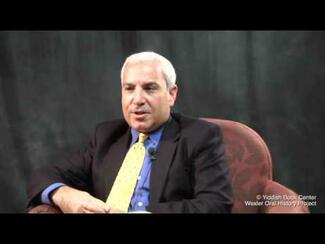 Explore all 1005 interviews
Since 2010, the Yiddish Book Center’s Wexler Oral History Project has recorded more than 500 in-depth video interviews that provide a deeper understanding of the Jewish experience and the legacy and changing nature of Yiddish language and culture.