Rachel Rojanski, Adjunct Associate Professor of Judaic Studies at Brown University was interviewed by Rola Younes on December 17, 2013, at the Association for Jewish Studies Conference in Boston, Massachusetts. Professor Rojanski begins the interview by sharing her family background. Her mother, from Kaunas (then the capital of Lithuania), grew up in a Yiddish and Russian speaking home before coming to Palestine in 1936, as a student of the Hebrew university. Her father, a violinist from Bialystok, was part of a Soviet orchestra before joining the Red Army and making aliya in 1948. Professor Rojanski herself was born and raised in Israel. She recalls her upbringing in an upper middle-class neighborhood in the old North of Tel Aviv and describes her neighborhood as being a "Jewish immigrant society" in which the first generation of immigrants spoke Yiddish, German, Polish, and Romanian. The second generation grew up speaking Hebrew and considered itself made of: "real Israelis" whereas the first generation was perceived as "exilic", an epithet with negative connotations. Professor Rojanski also mentions that the Holocaust wasn't part of the school curriculum and was only discussed starting from the mid-sixties. At the time Professor Rojanski was growing up it was not uncommon to meet people with the "blue tattoo" (inmate number), and no one was thinking of recording or preserving the multiplicity of Yiddish dialects spoken in her neighborhood. Professor Rojanski moves on to recount how she became a scholar specialized in political and cultural history of East European immigrant society. She started her research activity while still in high school, when she decided to write her high school honors thesis on the Bund and Szmuel Zygielbojm, at a time when the Bund was "erased from history". Professor Rojanski then went on studying Jewish history and literature and writing a PhD dissertation on the history of labor Zionists in America. She mentions the 2 books she has written (the first about the Poalei Tsion in America, the second about Yiddish in Israel from 1948 to 2008), as well as the book she's currently writing on Abe Cahan. Prof Rojanski dispels the myth according to which Ben Gurion was a hater and a persecutor of Yiddish, arguing that Ben Gurion had very early on understood the historical meaning of the Holocaust as a history-changing and culture-changing event, which made it unnecessary to "persecute" Yiddish. Professor Rojanski reflects on the differences between teaching Yiddish culture and literature in Israel and the United Boston States: in Israel Yiddish is stigmatized and perceived as something stupid and ridiculous, and students come with preconceptions about Yiddish, whereas in the United States Yiddish is not stigmatized and students are more open to learn about it. Professor Rojanski acknowledges that there has been a renewal of interest in Yiddish but would not call it a revival of Yiddish culture. Although some people are trying to write in Yiddish and might write very well, to speak of a revival would be an exaggeration. She ends the interview by insisting on the "urgent mission to translate, translate and translate" Yiddish literature into English and Hebrew so that the culture and literature can live.

Rachel Rojanski was born in Israel. 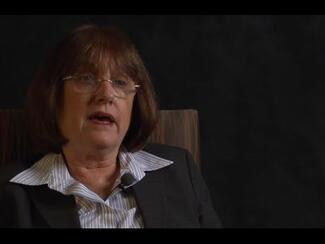 "If They're Reading Letste Nayes, They're Really Uneducated People": Attitudes Toward Yiddish in Israel 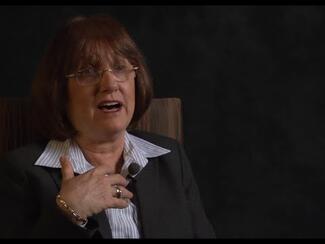 "I Told Him I Could Read Yiddish": The Teenager's Lie that Lead to My Lifelong Academic Involvement with Yiddish 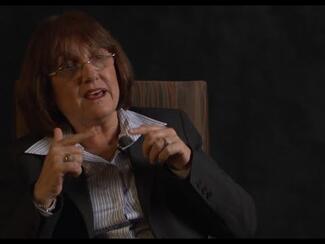 (Re)Interpreting the History of Yiddish in Israel: Theatre, Literature, and Language 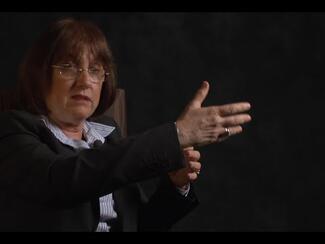 Mystery or Hilarity: Attitudes toward Yiddish in Israel versus the United States 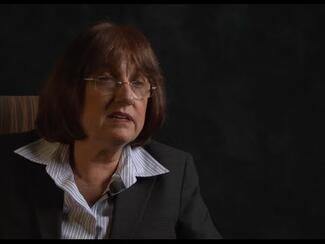 "A Holy Mission": The Urgent Need to Translate Yiddish Literature 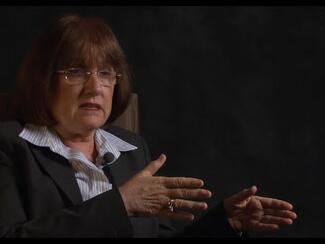 "Our Parents Were Galutim (From the Exile), and We Were Israelis!": Negative Attitudes Toward Eastern Europe

Explore all 1058 interviews
Since 2010, the Yiddish Book Center’s Wexler Oral History Project has recorded more than 500 in-depth video interviews that provide a deeper understanding of the Jewish experience and the legacy and changing nature of Yiddish language and culture.